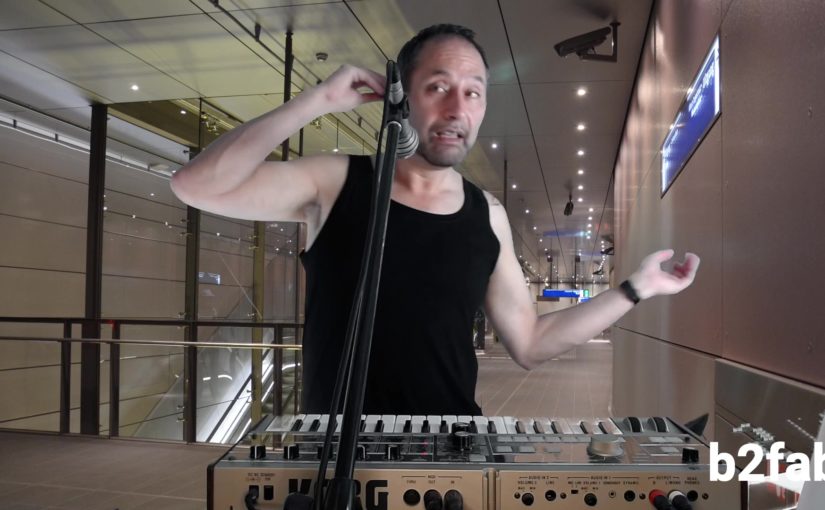 If you have seen my recent live streams, you will have noticed that I ‘travel around’ these days while live streaming. I’ve started to use the Green Screen effect. With OBS Studio its so dead simple that you can start using it with a few clicks in your OBS Studio scenes. Of course there are also some caveats I want to address. The main picture for this post shows you what it can look like. It may not be super realistic, but it is eye catching.

So what do you need to get this going? A Green Screen is the first item you need. It does not have to be green. It can be blue or blue-green, but it should not match skin color or something you wear. It should cover most of the background, so it will need to be at least 2 meter by 1.6 meter, which is kind of a standard size you can find in shops. It should be smooth and solid. Creases and folds can result in folds in the backdrop, but some rippling is OK.

Then you need to set up OBS Studio. Its as simple as right-clicking your camera in the scene and selecting the Filters properties. In the dialog add the Chroma Key filter and select the color of your green screen. Then slide Similarity from somewhere around 100-250 to get a good picture. Everything outside the color range will become black. Then add a backdrop image (or video!) somewhere below the camera in the the scene list and you will have your Green Screen effect.

The first caveat I bumped into was that I set it up during daytime and it kind of worked, but then I found I stream in at night time and then you need light. In fact it turned out that 2 photo studio lights came in handy. When you use at least 2 studio lights they also cancel out shadows through folds and creases in the green screen. It does however bleed a little onto you as a subject, so you will be strangely highlighted as well. This is something you can also see in my first Amsterdam subway picture. Because of the uneven lighting in subways it does not really show. Not every picture is suitable as a backdrop. Photos with people or animals don’t work, because you expect them to move.

The second effect you see is that instruments with reflective surfaces also reflect the green screen. This will result in the background shining through reflecting surfaces. My take is that its a minor distraction, so I accept some shining through of the backdrop. Its also possible that some parts of your room don’t fit well with the Green Screen, doorways or cupboards. In that case you can choose to crop the camera in the scene by dragging the sides of the camera in the scene with the Alt-key (or Apple key) down. The cropped camera borders, will be replaced by the backdrop. 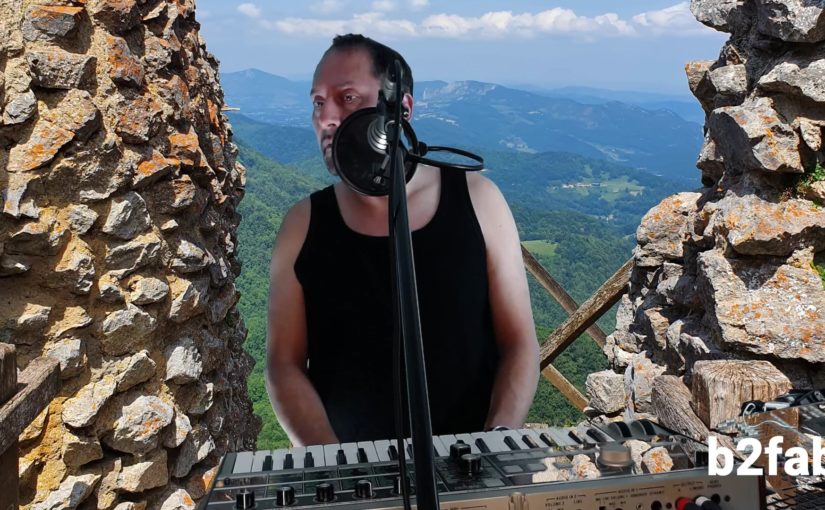