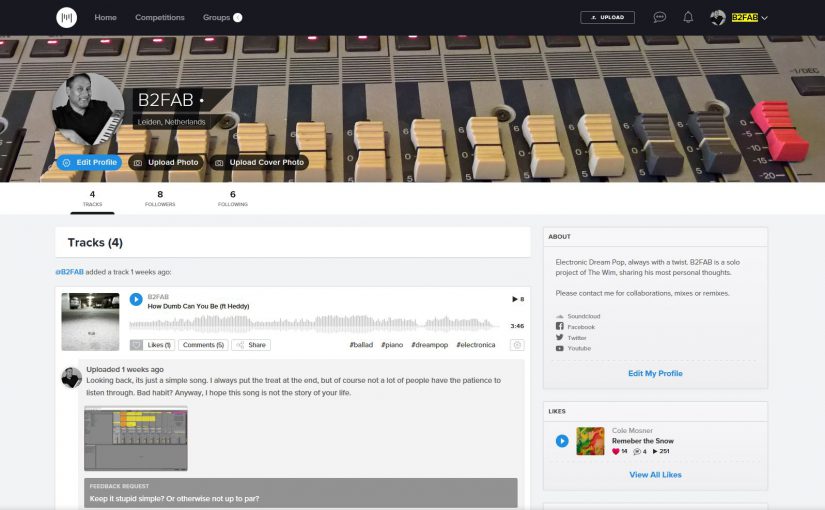 Metapop started apparently out as a site for mixers and remixers a few years ago, but got acquired by Native Instruments. Now its starting to become a home for all musicians, mixers and remixers. There is a continuous set of running competitions and a place to post your latest creations. You can either compete with a song or remix or run your own competition. The concept itself is not that new, but the execution is good. The Native Instruments sauce is quite heavy. Every competition has some kind of Native Instrument prize attached, so you’d better be using or be in the game for this stuff.

Where it gets interesting is the commenting on each other’s tracks. If you comment on someone’s track you are allowed to upload a track where you can ask for comments. Its a bit broken, because you don’t build up commenting karma. This means you have to plan your commenting carefully to the uploading of a track where you ask for comments. Strange.  There is also a set of Groups that focus on Mixing, or Mastering and such. This misses a bit of structuring inside the discussions I think, but it works for now.

As always this stands or falls with the community aboard and for now it looks like a good place to roam around. A little bit too friendly at times. A lot of comments go along the line of “This is great, I like it”. Which is not always that helpful I think. It breeds a nice atmosphere though where there’s not a lot of burning down. Criticism is appreciated I noticed, so there is also helpful commenting. There is also a few “mentors” roaming around that try to give very detailed comments on tracks.

I participated in a competition and a few discussions about tracks. All in all not bad at all. If you, like me are looking for a friendly community where you can post your music and maybe even collaborate on songs, I suggest you check it out. Maybe it can grow to another alternative to the now commercialized SoundCloud community.