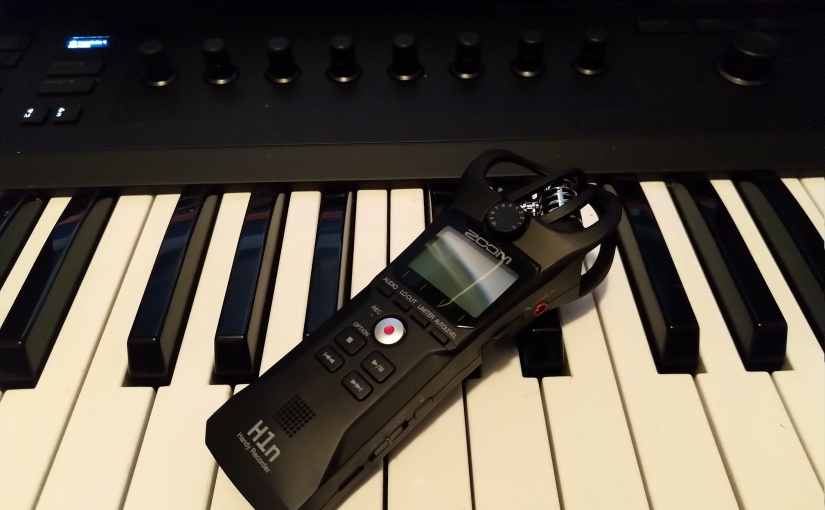 When there is an opportunity to practice singing I take it and is there a better place to sing than in the car? Probably not. Technically its the wrong position for your body to sing, but somehow singing along in the car just sounds better. It is probably the closed area and the close in mix with the sound system that makes it work. The question is then, because practicing and recording go hand in hand: can I also record in the car?

To that end I’ve tried the voice recorder of my phone and to say it bluntly: that doesn’t work. Only car sounds, no music. Fortunately I found something that does work. The Zoom H1n recorder. Now I can practice singing and at the end of the journey hear if I am on the right track and which songs need more work. Also, its a great way to experiment with new ideas along an otherwise boring trip from A to B.

The Digital Signal Processing (DSP) of modern voice recorders is not tuned to music recording. Probably anything that works as a voice recorder simply does not work for singing in a car. You need to have a broader frequency range otherwise the car sounds will just take over. On top of that you need something that can be operated while driving, so it has to be a one button start/stop operation and the recording device must really be mounted securely.

Enter the Zoom H1n. It has a camera mount, so any camera stand that can be used in the car will hold it. Then its one button to start and one button to stop. You can even feel your way through the operations so there is no need to take your eyes of the road. All the other editions of the Zoom portable recorder range will probably also do the job, but not at the price point of the H1n. Did you know you can also use it as an ASIO device? Other brands might also offer the same experience, but you should check the mounts and the capabilities for recording music.